The importance of vitamin B12

Vitamin B12, also known as cobalamin, is one of the eight B-vitamins. B12 is necessary for the formation of red blood cells and for the brain and nervous system to function properly. It is involved in the metabolism of every cell in the human body and imperative to processes such as amino acid metabolism, fatty acid metabolism and DNA synthesis.

The human body can not create B12, which means that it is very important to get sufficient amounts of B12 from the diet. But eating food rich in B12 isn’t enough; you also need to produce sufficient amount of stomach acid, and in addition to this you need a substance called intrinsic factor. Without these two components, you will not absorb B12 from the food. In food, the B12 is bound to protein and stomach acid is needed to separate the protein from the B12. Without both acid and intrinsic factor, the B12 can not be absorbed into the blood stream. 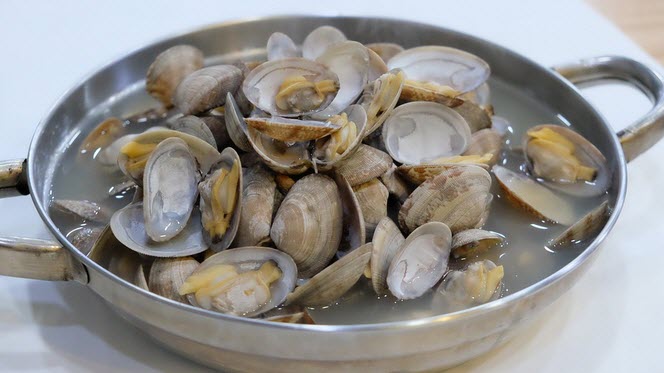 Cyano-cobalamin is a synthetic (man-made) version of B12. It can be taken orally or administered in the form of injections. Injections are typically given when it is important to bring a person’s B12 level up really quickly.

Some food products, including certain cereals and dairy-substitutes, are fortified with cyano-cobalamin.

Cyano-cobalamin is easier for the body to absorb than natural B12. People who have trouble absorbing enough natural B12 (cobalamin) from their diet might therefore, in some cases, be able to go without B12 injections if they start eating products with sufficient amounts of cyano-cobalamin.

Since the body stores B12 in the liver, it is not important to reach the daily intake recommendation every single day. If you have a low intake one day and a big intake another, it will not cause any harm to your health. The important thing is to get enough B12 over time.

Adequate Intake (AI): established when evidence is insufficient to develop an RDA and is set at a level assumed to ensure nutritional adequacy.

For lactating women, the RDA is 2.8 mcg.

B12 is found in animal products, including not just the animal itself but also eggs and dairy.

B12 can also be present in certain nutritional yest products, a popular alternative among vegans.

Examples of foods rich in B12

A normally functioning human liver can store enough B12 to maintain the body for several years. Because of this, even an extended period of inadequate B12 intake can go unnoticed. The body will simply use B12 from the liver if B12 isn’t provided in the diet.

Symptoms of B12 deficiency

B12 and gastrointestinal issues

There is a number of gastrointestinal issues that can hamper the release and/or absorption of B12. Two examples are Crohn’s disease and celiac disease.

Also, certain gastrointestinal surgeries can remove some or most of the cells responsible for secreting stomach acid and intrinsic factor, increasing their risk of the person developing a B12 deficiency even if they stick to a diet that live up to the standard recommendations when it comes to B12 intake.

When a B12 deficiency is caused by gastrointestinal issues, B12 injections are normally a better choice than oral B12 supplements, since injected B12 will bypass the gastrointestinal part of the body.

B12 deficiency in the elderly

Research indicate that B12 deficiency is more likely in people aged 65 and above. This is probably due to a combination of factors, including:

In the United States, The National Academy of Medicine (NAM) recommend fortified foods or B12 supplements for adults aged 50 and above to prevent B12 deficiency. If the B12 is poorly absorbed by the individual, cyano-cobalamin (the synthetic version of B12) is recommended over natural B12, since it is more readily absorbed. If this isn’t enough, administration of B12 injections might become necessary.

Studies have shown that vegans are much more likely to develop a B12 deficiency compared to ovo-lacto and lacto vegetarians.

In a study published in the European Journal of Clinical Nutrition, over half of the 232 tested vegans were classed as B12 deficient, compared to just 7% of the vegetarians and only 1 of the omnivores.

Today, there are many vegan products available that are fortified with B12, including many diary substitutes. Getting enough B12 on a vegan diet is therefore easier than before.

If the pregnant or breastfeeding mother is deficient in B12, that can cause health problems for the child. The fetus is provided with B12 from the mother via the placenta and if she doesn’t have enough to give, the fetus can’t get enough for its development.

The mother must have enough B12 – either from her diet or from her storage in the liver – to produce milk that is rich enough in B12 to give the child what it needs.

Breast milk substitutes contain sufficient amounts of B12, but it is important that they are prepared according to the instructions from the manufacturer. A breast milk substitute that has been diluted with too much water can cause B12 deficiency in the child.

Infants who are deficient in B12 can experience severe neurological issues, and these issues can become permanent – meaning that they will still remain even if the deficiency is detected and the child is given B12 supplements.

It is difficult to ingest too much B12 since this is a water-soluble vitamin that a properly functioning body will simply dispose of through the urine if the intake is larger than needed.

B12 injections can cause side effects, including:

B12 supplements can interact with certain medications; both prescription drugs and over-the-counter medicine. Here are a few examples:

Allergies and B12 injections

It is possible to be allergic against cyano-cobalamin (artificial B12).

If you are allergic to cobalt, B12 injections might be contraindicated for you.

Examples of health conditions that may impact how your body handles B12 injections: